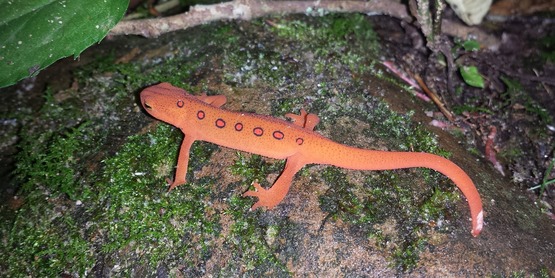 Salamanders, Earthworms and More on Nature Calls: Conversations from the Hudson Valley

Dr. Rebecca Pinder, a science professor at Columbia-Greene Community College, joins the podcast, Nature Calls: Conversations from the Hudson Valley in an informative discussion about salamanders, earth worms and other creatures that can be found in the soil.

There are nineteen species of salamanders found in New York State. Did you know that salamanders rarely have more than four toes on their front legs and five on their rear legs? They are typically found in habitats in or near water or other cool, damp places. Some species are fully aquatic while others are entirely terrestrial as adults.

New York is also home to 30 different species of earthworms, although only five are native to North America. The invasion of jumping worms from Asia has increasingly become an environmental and conservation issue in forest ecosystems as well as urban-suburban landscapes.

Listen to Dr. Pinder discuss these fascinating creatures as well as the research being done to better understand them.